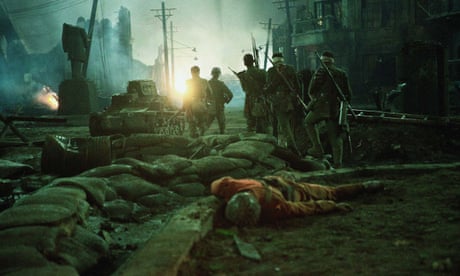 The domestic release of this thunderous Chinese war epic was delayed last year for what trade magazine Variety described as “mysterious political reasons”. It is thought the film displeased Communist party academics by portraying rival Kuomintang army officers during the 1937 Sino-Japanese war in too positive a light. To an outsider, however, The Eight Hundred looks like a paragon of tub-thumping patriotism in its description of heroic Chinese soldiers defending the Sihang warehouse in the battle for Shanghai. Like Dunkirk for Brits, the incident is seen here as an honourable defeat, a moment to galvanise national pride.

The Eight Hundred is in cinemas now