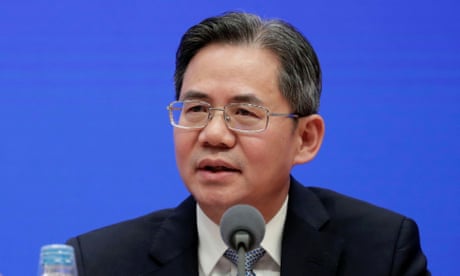 The new Chinese ambassador to the UK has been barred from parliament by the Speakers in the Commons and Lords following the imposition of sanctions on British MPs by Beijing.

The new ambassador, Zheng Zeguang, was due to attend a meeting of the broadly pro-Chinese all-party group on China, but following a letter from MPs sanctioned by China, including the former Conservative party leader Iain Duncan Smith, the Commons Speaker, Lindsay Hoyle, has said the meeting is not appropriate.