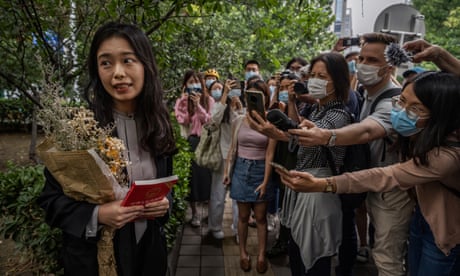 A Chinese woman whose sexual harassment case against a popular TV host sparked a nationwide debate over #MeToo has accused a Beijing court of unfair treatment and vowed to appeal after it ruled against her.

The Haidian people’s court said in a judgment released late on Tuesday that Zhou Xiaoxuan did not meet the standard of proof in claiming that Zhu Jun, her superior at work, sexually harassed her.