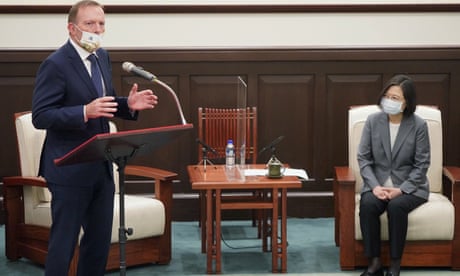 Why was Tony Abbott in Taiwan?

In the first week of October, China flew warplanes into Taiwan’s air defence zone more than 100 times, leading Taiwanese officials to say tensions were at their worst in 40 years. Subsequently, Australia’s former prime minister Tony Abbott arrived in Taipei and delivered a controversial speech which China’s embassy in Canberra labelled a ‘despicable and insane performance’.

Laura Murphy-Oates speaks to foreign affairs and defence correspondent Daniel Hurst about why Abbott went to Taiwan, and what this moment means for Australia’s approach to conflict in the Indo-Pacific