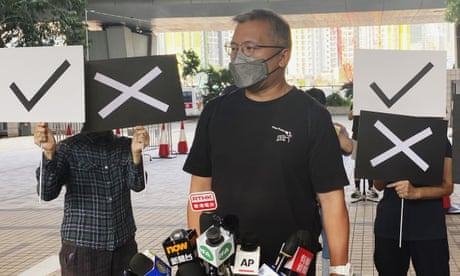 The head of Hong Kong’s journalists’ association will be allowed to travel to the UK for an Oxford fellowship after a court granted him bail and declined to place restrictions on his movement over a charge of obstructing police officers.

Ronson Chan was arrested on 7 September while he was covering a residence meeting at a Hong Kong housing estate. Police allege he refused to provide ID and behaved in an “uncooperative” way despite multiple warnings, and he was charged this week. Chan has claimed innocence, saying he was within his rights to ask police for identification before he produced his.