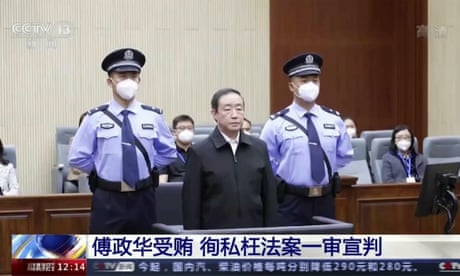 Fu Zhenghua, who had led several high-profile investigations into corruption, was accused of accepting bribes

Former Chinese justice minister Fu Zhenghua, who had headed several high-profile investigations into corruption, has been jailed for life for accepting bribes, state media says, as a purge of officials intensified ahead of a key Communist party congress.

Fu, 67, was handed a suspended death sentence that will be commuted to life imprisonment after two years, with no possibility of parole, according to state media on Thursday.