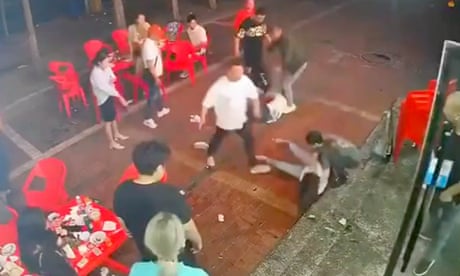 China sentences man who attacked women at restaurant to 24 years

The main perpetrator of an assault against a group of women at a barbecue restaurant in China was sentenced to 24 years in prison on Friday, after the case sparked national debate over gender-based violence.

Chen Jizhi started hitting the women after they rejected his “harassment” in the early hours of 10 June in the city of Tangshan in Hebei province, east of Beijing, the court said in a statement.