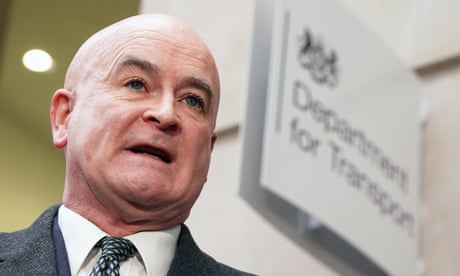 Neil O’Brien, the health minister, told MPs that 90% of the bids to provide PPE for the government during the pandemic that were processed through the so-called VIP lane (because they were referrals via ministers) were unsuccessful. Referring to the process during the urgent question earlier, he said:

With huge demand for PPE, all across the world, and with many countries introducing export bans, our risk appetite had to change.

Around 9,000 people came forward, and all ministers will have experienced endless people directly ringing them up to try and help with the huge need that there was at the time.

It did not give you any kind of successful guarantee of a contract. Indeed, 90% of the bids that went through it were not successful.

I want a sustainable, thriving rail network, but with 20% of passengers not having returned following the Covid pandemic, reform is vital. I would urge all trade union leaders to get back around the table with employers to hammer out the detail of that reform.

The government will work to facilitate this and to that end I will be meeting with trade union leaders in the coming days.

We’re expecting a positive meeting. We’re [hoping for a] constructive approach. And we’ll see what he says.