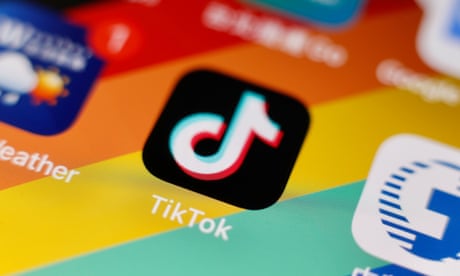 Is ‘banning’ TikTok protecting users or censorship? It depends who you ask

The US battle with TikTok over data privacy concerns and Chinese influence has been heating up for years, and recent measures have brought college campuses to the forefront - with a number of schools banning the app entirely on campus wifi. Students have responded, of course, on TikTok. Taking advantage of viral sounds, they have expressed outrage at their favourite app being blocked at universities like Auburn, Oklahoma and Texas A&M in the past few months. “Do they not realize people in college are actually adults?” one user wrote. “We should make our own independent decision to use TikTok or not,” another said.

But how did we get here?

The latest niche influencer? The “military E-girl” – internet savvy young people who are working to get Gen Z into the army with new videos on TikTok.

Prosecutors in the federal case against Elizabeth Holmes claim the Theranos founder tried to flee the country with a one-way ticket to Mexico last year. Holmes, who has been sentenced to more than 11 years in prison, denied the claims and said she sought only to attend a wedding of friends.

From the Guardian: digital rights activist and writer Samantha Floreani asks “What are we worrying about when we worry about TikTok?”

An interesting investigation from NPR about the rocky past that haunts the mysterious company behind the Lensa AI photo app.