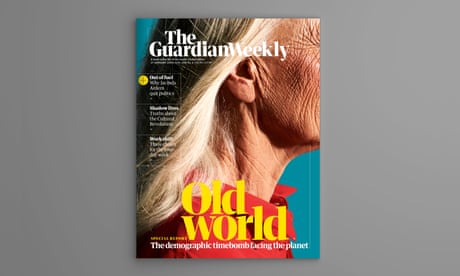 A demographic timebomb for the planet. Plus: Why Jacinda Ardern quit politics
Get the magazine delivered to your home address

It’s an age-old question: how should nations around the world adjust to their elderly societies? Japan has faced such realities for a while now, but the challenges are becoming increasingly common across the developed world where families are getting smaller, and people are living longer.

Even India – which will soon overtake China as the world’s most populous country – is now seeing an older demographic become more prevalent in some states. The countries of sub-Saharan Africa, meanwhile, look most likely to enjoy the benefits of a younger population as the century progresses. For the Guardian Weekly magazine’s big story this week, Emma Graham-Harrison and Justin McCurry assess what ageing populations hold in store for the world. And Verna Yu reports on the reasons why many young people in China seem reluctant to start families.