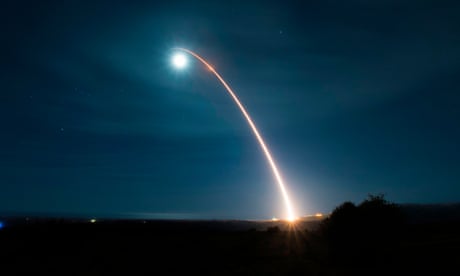 US officials have debated whether to carry out the first US nuclear tests in 28 years as a way to pressure Russia and China into make a trilateral arms control deal, according congressional aides and former officials.

They said the discussion took place at a “deputies meeting” of senior national security officials at the White House on 15 May, but that the proposal was shelved for the time being.

Related: Trump to pull US out of third arms control deal